Young but hungry quartet set to battle the world in Spain

The DD2 roster is the smallest of the four categories, and has the most first-time Rotax Grand Finals drivers as well with three. Team USA was in the hunt all week for the first time ever at the 2013 RMCGF, with Oregon’s Joey Wimsett earning a runner-up result for America’s best result to date. All four on the 2014 squad have the speed to compete, but will have to outlast and endure the competitive qualifying heats should they lay down solid laps in the qualifying sessions. 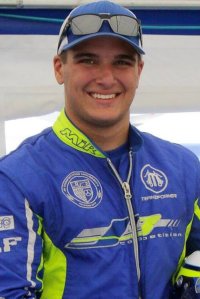 Missing out on qualifying for Team USA last year, Ilavia was able to secure a position through his fifth place result at this year’s Cold Stone US Grand Nationals. Crossing the line second in Mooresville last year, a technical DQ dropped him off the podium. He has continued to develop behind the wheel, competing in the full Florida Winter Tour program in 2014, and showed speed against another international field at the recent Pan American Challenge. There he tested the CRG chassis, preparing for what will come when he travels with Team USA to Spain.

“This is my first appearance in the Rotax Grand Finals and I am honored to represent our country as part Team USA. This has been a dream of mine since I started racing Rotax. Not only do I have the privilege to race for my country, but I get to put my skills to the test against the best drivers from around the world. I could not have achieved my place on Team USA without the coaching and support from Chris Wehrheim; along with Justin Stefani, John Giacomelli and Jim Giacomelli of J3 Competition. I would also like to thank my parents, my brother, and my grandparents for their love, guidance and support. They have given me the opportunity to compete at this level and fulfill my passion to race karts.” 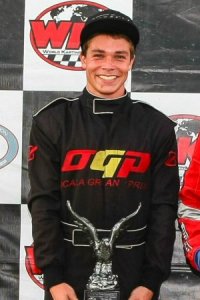 Kotyk is the newest member to become a Rotax Grand Finals competitor through the OGP stable. For the last few season, Kotyk has developed in the single-speed categories throughout the eastern half of the country. Coming back from a broken collar bone in September 2013, Jonathan jumped over to the DD2 division this winter, earning two podium results at the Florida Winter Tour. His fourth place finish at the Cold Stone US Grand Nationals earned him the ticket to Spain, and will use the OGP guidance to quickly adapt to the style and speed of the RMCGF.

“I am thrilled to be on Team USA. Having raced with some of the best karting talent in the world this past year, I feel prepared to take on the Rotax Grand Finals.” 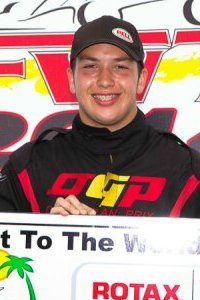 The driver with the most Rotax and RMCGF experience is ‘Four-Time’ Nick Neri. From the days of Mini Max, Neri has been a contender in the United States for many years. In 2009 and 2010, he was the top Junior Max driver on Team USA, finishing 16th and 5th – which was the best result by an American until Juan Manuel Correa’s victory last year. This year, Neri made an assault on the DD2 division, winning the Florida Winter Tour and the US Grand Nationals.

“After some tough luck at last year’s Rotax Grand Finals, I’m excited to hopefully redeem myself a bit this year. Going into the event, I am more confident than ever and feel I have a strong chance at bringing home the win. It’s going to be tough with my late arrival coming from the SuperNationals but I don’t plan on letting that stop me from a world championship. All I can do now is hope everything goes smoothly from here on out.” 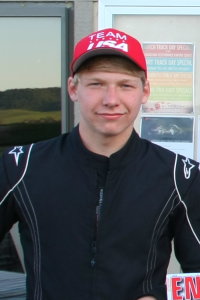 The youngest of the four drivers is Gavin Reichelt. Moving up from the Junior ranks a year ago, the New Yorker traveled west to the Rotax Challenge of the Americas to earn his first ticket to the Rotax Grand Finals thanks to three victories in six races. He contested the Florida Winter Tour as well, helping to gain as much experience as possible. That helped him this summer at the Cold Stone US Grand Nationals, placing third behind Neri and Italian-native Alessandro Bressan. He backed that up with another third-place performance at the Rotax Pan American Challenge to UK’s Ed Brand and two-time world Rotax champion Pier-Luc Ouellette.