Askew, Brooks, Cook and Versteeg selected as next rising stars 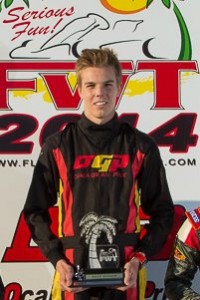 After ensuring a true ladder program from the grassroots of karting to the upper echelon of motorsports in North America, the Mazda Road to Indy in conjunction with the MAXSpeed Group are pleased to announce the finalists of the inaugural Mazda Road to Indy and MAXSpeed Group Driver Advancement Program. The four winners will be given the opportunity to “sample” the next step in their careers with a test in the Cooper Tires USF2000 Championship Powered by Mazda.

“We had 12 very worthy semi-finalists, which is a testament to the caliber of drivers in the Rotax program,” said Michelle Kish, COO of Andersen Promotions. “I would like to thank our judges for giving back to the sport with not only their time but their enthusiasm. We’re excited to introduce our four winners to the USF2000 platform and, hopefully, the next step in their career paths.”

All are competitors in the United States Rotax MAX Challenge program. 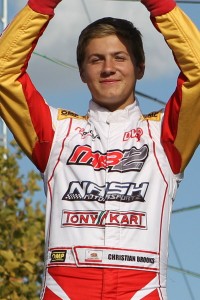 “This was our first year working with the Mazda Road to Indy program and what a great group of people they have behind the scenes,” said MAXSpeed Group’s Richard Boisclair. “A top-notch crew made this lengthy process an easy one as we all worked seamlessly as a team. Our judges did a great job in the interview process and we couldn’t have asked for anything better. I would like to personally thank all the applicants as well as congratulate those who were chosen by our panel of judges.”

Michael McCarthy, 15, of Clearwater, Fla., was selected as first alternate should any scheduling conflicts arise with the winners. 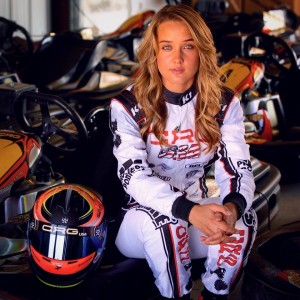 “First off, it was great being asked to be a judge for this program,” said Hinchcliffe, who recently announced his return to Sam Schmidt Motorsports after finishing fifth with the squad in the 2009 Indy Lights title chase. “Karting is such an important element to the health and growth of motorsport in North America. As far as the 12 finalists, wow! The talent pool was deep and all of them should be proud of what they have accomplished and of making it into the finals. The interviews were a blast and they all did exceptionally well. The winners will be truly deserving, but I wish each and every one a huge amount of success in their careers.”

The drivers are each awarded a full one-day test and will turn their first USF2000 laps on January 28 at Homestead-Miami Speedway in Homestead, Fla., with the support of both Mazda Road to Indy and MAXSpeed Group personnel.

“Karting was my roots for racing so it is an honor for me to be able to be part of this opportunity for up-and-coming young talents,” noted Chaves. “The Mazda Road to Indy has been a huge factor in my success and to be able to give back and help young drivers is great.” 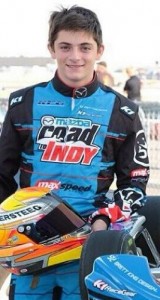 Today’s announcement kicks off a busy week for winners Brooks and Versteeg who will head to Mooresville, N.C., for one of Rotax’s biggest events – the Cold Stone Rotax Pan American Challenge – on October 17-19 where “Rotaxians” from all over the world vie for coveted spots at the Rotax MAX Challenge Grand Finals to be held in Valencia, Spain.

“I am very proud to have been a part of the Mazda Road to Indy selection process; it’s just one more way I can give back and hopefully be a part of the next rising star,” added Rudolph. “All the candidates did a fantastic job with a few really random questions that would be difficult for anyone to answer. In the end only, only four can win this test but the fact remains they are all winners in their own right and have bright futures.”

“It has been great to be a part of the judging panel for the Mazda Road to Indy/MAXSpeed Group Driver Advancement Program and Andersen Promotions,” said Cooper. “It has been a privilege and a honor to help these young drivers hopefully progress through their careers.”

The partnership between the Mazda Road to Indy and MAXSpeed Group was announced in June to foster the next wave of up-and-coming drivers. Rotax is the largest racing series in the world in any form of motorsports with over 15,000 drivers competing each year.