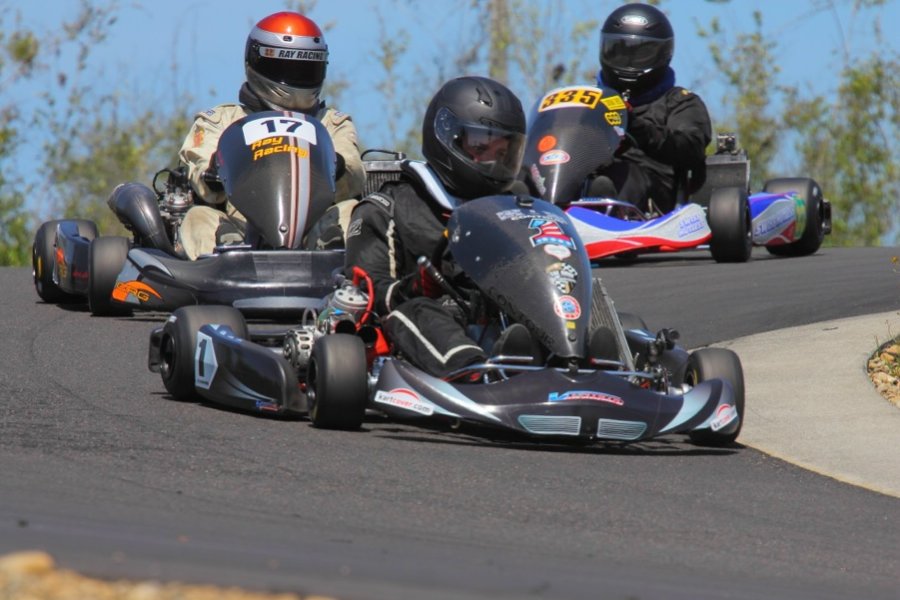 Back in mid-May, we published an interview with Aaron Stanford, the president of the Puget Sound Road Racing Association in which we discussed their upcoming event at The Ridge, the new facility located just west of Seattle.  Road racing has been struggling in the Pacific Northwest for the last few years, which is disappointing, considering that fact that it had been a hotspot for the discipline in the past.  The PSRRA race was held this past weekend and all feedback has been that the event was a great success and a step forward for road racing in the region.  While the numbers are nowhere close to where they were in the past, there were great highlights, everyone who attended enjoyed themselves and the club was able to leave the facility after making a little profit to strengthen its position.  The race featured exciting competition on a great track, with awesome people. In the end, that’s a good day.

In following up with Aaron regarding the event, he confirmed that the response has been extremely positive.  A total of 28 shifters highlighted the Saturday racing, and good double-digit numbers were enjoyed in the 250 Superkart and 80cc Laydown classes.  They also attracted a few local sprint karting competitors to sample the road course action, which is positive, as crossover participants have always played an important part in the larger events that have been run around the country during the last 15 years.  One must only point to the success of the now-departed Road America Super Nationals to see how important crossover racers can be to top up the fields.  In the mid-2000s, the 125cc field at Road America would swell to almost 100 karts for the event, filled by racers who you’d normally see running sprint tracks or street races like the Rock Island Grand Prix.  As a sprint 125cc racer myself, I was personally part of a 75-kart field at Mid-Ohio in 2001 that was stacked with sprint regulars.  Going road racing was just something you had to try, as it gave you the chance to run on tracks like Mid-Ohio, Road America, Road Atlanta or Daytona.  Getting sprint karters to sample road racing is very promising and will help the PSRRA grow its numbers. 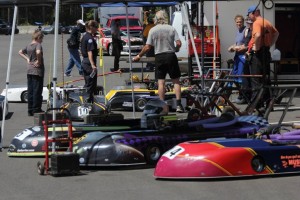 PSRRA is working to grow the numbers in the paddock at their road racing events in the future (Photo: Veritas Imagery NW)

In talking with Aaron, I felt a real surge of enthusiasm and energy.  The PSRRA did a great job with the event and I’m hoping that this leads to good numbers at the two remaining PNW road races in June and August, which will both take place in Oregon.  We’ll have more information on these events soon, as we continue to work to support the promotion and exposure of road racing in that region and around the country.   The passion and dedication being put in by Aaron and his fellow club board members is key.  Fresh enthusiasm and new ideas are much needed.  It’s time for a change in how we run races, because the old school ways of doing things just aren’t working well with the new generation.  Events need to be about the overall weekend experience, not just the karting itself.   We all need to get back to having fun at the racetrack…hanging out with friends around the grill or the campfire, having a beer, bench racing under the trailer canopy…all the stuff that veteran karting enthusiasts remember, but that we’ve lost in so many areas of the sport.

New ideas are key…and thinking outside the box is crucial.  The PSRRA teamed up with the Turn 2 sports car lapping group during their practice day at the Ridge on Friday, which served more than one purpose.  Yes, the club was able to split the costs of the track rental for the day, which is extremely beneficial, but they were also able to expose karting to a group of car racers who might not have seen if before, or who were not up-to-speed on what karting has become.  The power, performance and sheer cool factor of a 125cc shifter could easily lure a sports car driver into adding another toy to his or her arsenal.  And with the running costs being a fraction of the Porsche of similar (if not lesser) performance, there’s always a chance to lock in a new karter.  It’s a win-win all around.

In the end, I’m going to give high marks to the PSRRA and I hope that they can continue to grow.  The ownership at Ridge Motorsports Park has welcomed them with open arms, and that’s so exciting to hear.  It’s been tough in the East, as formerly strong road race clubs find themselves losing access to historic courses, simply not having the ability to pay the rising costs of track rental.  I see this as being an extremely disappointing and dangerous trend in the sport of karting.  We need to protect our connection and relationship with the big tracks, we need to support and grow road racing as a unique discipline in our sport, and we need to focus on a smaller number of well-supported road race events that can be profitable for the clubs so that we can maintain this unique opportunity to run the legendary tracks of American motorsports.  Kudos to the PSRRA for moving in the right direction – I expect that their 2015 event will be bigger and better.