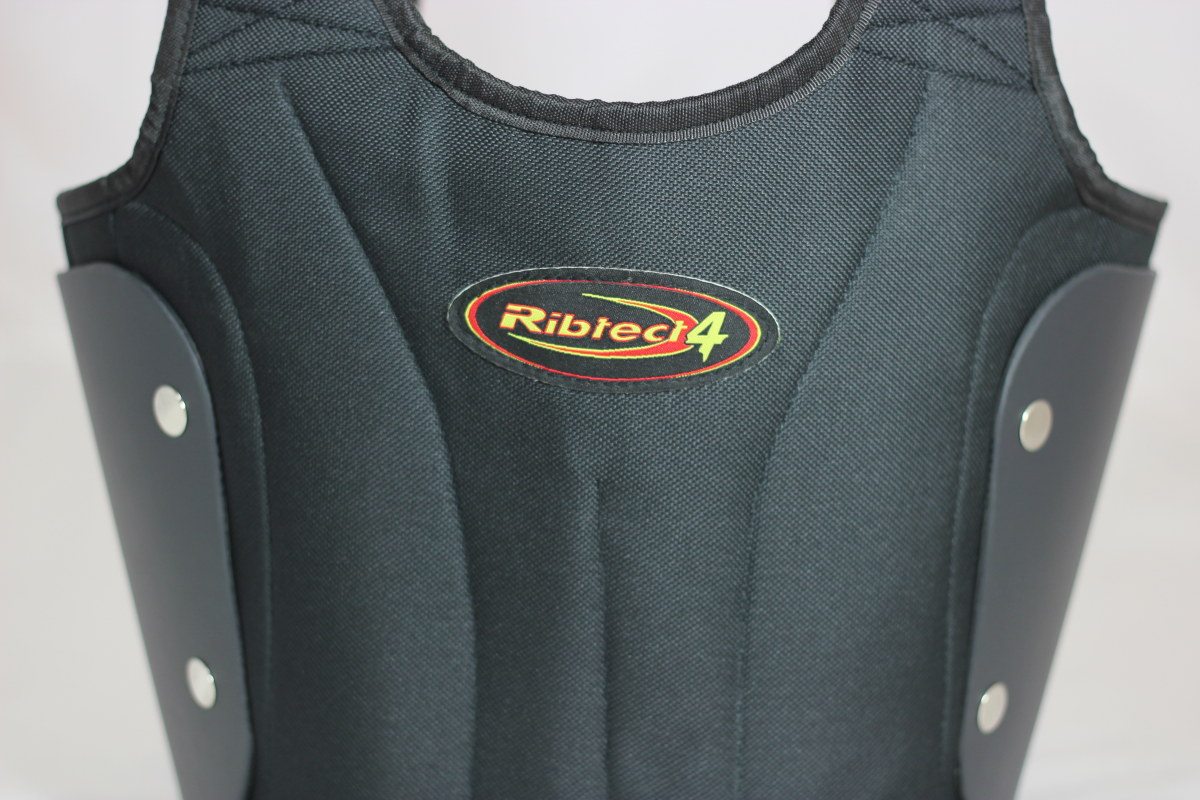 Combining safety and comfort is what Ribtect is all about. Robby Mott, the owner of Ribtect, has spent over 15 years bringing revolutionary products to enhance kart racers personal safety. From the first karting rib vest to chest plates, Ribtect has even developed a seat that is comfortable and most importantly safe for kart racers of all ages. Based out of Victoria, Texas, Mott and his team continue to take karting safety to another level. Heading into 2014, Mott and Ribtect are ready to unveil their latest and greatest creation, the Ribtect4.

“The inspiration is always to constantly improve the Ribtect vest to offer the best value and rib protection to our customers,” explained Robby Mott of the Ribtect4. “I feel the Ribtect4 will do just that, offering long lasting protection and value to the racer.”

The new Ribtect4 rib protector boasts an improved outer panel that will last longer while providing improved protection. The material has higher impact strength and has been manufactured in the USA with better consistency. The new and high tech material that the panels are constructed of have already proved superior to their Ribtect predecessors through many ‘hammer’ tests. On-track testing has proven that the Ribtect4 will be the best and most long lasting Ribtect vest that Mott and his team have ever produced.

The Ribtect brand is a true success story in the sport of racing, as well as the business world. Robby Mott has been a kart racer since the 1980’s where he spent time racing in the IKF regional and Grand National championship series. Mott was involved in an accident in the early 90’s that broke five ribs and left doctors telling Mott to stay out of a kart for months. Mott frowned on the idea of not racing, needing to be back in the seat in less than a month for an IKF Region 7 race. After engineering and constructing the first of its kind vest, Mott found enough comfort to continue racing. Soon, fellow racers and competitors were approaching Mott to get their own vest. 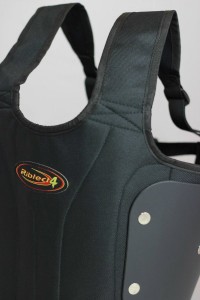 From the original Ribtect vest, Mott continued to innovate. Next up was the Ribtect Seat. The Ribtect Seat was unlike anything the kart racing world had ever seen. Changing things up from the traditional bucket seats made of fiberglass or other materials, the Ribtect Seat was constructed of carbon fiber. Designed to protect the racers while providing a substantial level of comfort, the Ribtect Seat also became a tuning tool to racers. Mott acknowledged a well-known fact in karting circles that the seat of a race kart is much more than simply a seat, it is a part of the kart’s mechanical structure. Using brilliant engineering and construction skills to work, Mott developed what he calls the ‘X-pattern’ in his carbon fiber seats to allow the chassis to flex better, thus allowing the karts to turn better.

As kart racers began to grow younger and younger, Mott realized the need to supply protection for the much more fragile bodies of kid kart and junior racers. To protect arguably the most vulnerable area on a young racers body – the chest – Mott created the Ribtect Chest Protector. Born of the necessity after several serious injuries to young racers due to impacts on the chest, Mott released the Ribtect Chest Protector. The Ribtect Chest Protector comes in two sizes, the SM1 – for ages five to eight – and the SM2 – ages nine to 12. The chest protector can be worn alone or with any brand of rib protector and is light to wear and not bulky under the suit.

In 2012, Ribtect released the Seat Mounting Kit. The versatility of the product comes in the fact that this particular seat mounting kit can be utilized with any karting seat on the market. The unique feature of the kit is design of the Ribtect bolts, manufactured to remove pressure points that can cause rib pain and allows for less friction with low profile bolt heads. The Seat Mounting Kit is made of high quality stainless steel, and comes with all the nuts, washers and spacers necessary in a unique reusable drawstring bag, including the custom Ribtect hand tool.

The new Ribtect4 will be available for purchase and in-stock at the many dealers located around the country in mid-March. To learn more about Ribtect and their line of revolutionary products, as well as to view their long list of dealers – be sure to visit their website at www.ribtect.com or contact them by email at sales@ribtect.com.