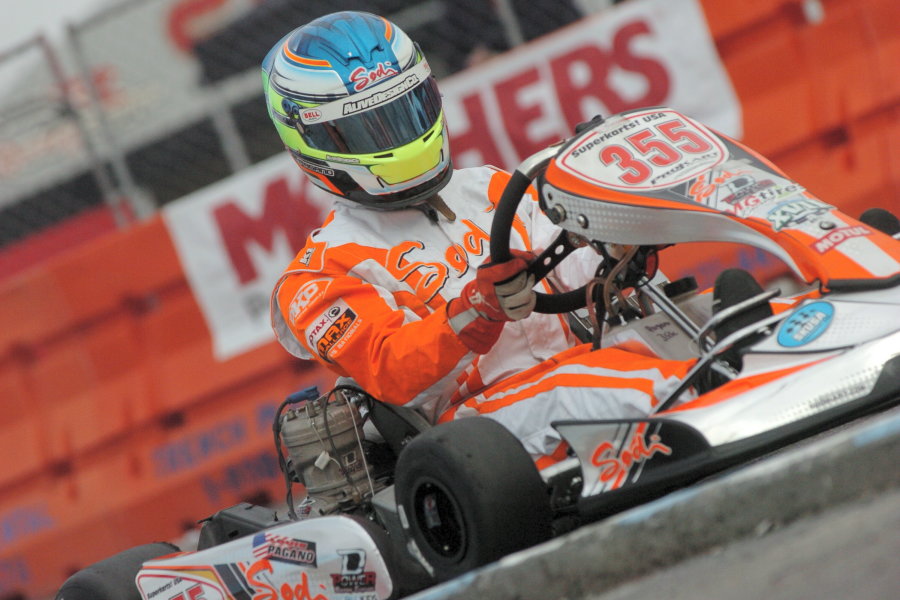 The 2013 season was another exciting year of racing in TaG competition, with over 400 drivers earning results toward the final standings of the eKartingNews.com Driver Rankings. From coast to coast, north to south, the entire country was busy with racing over the last 12 months. Throughout the year, a number of veterans stood out, young rookies stepped up to the plate, and big fields fought weekend after weekend. In the end, after 158 races, it was California driver Louie Pagano holding on to the top spot by the closet margin in EKN Driver Rankings history.

The top spot in the standings was Pagano’s to lose heading into the SKUSA SuperNationals XVII. The gap was just 109 points over Nick Neri, who was racing in the S1 Pro Stock Moto category with no points to lose. The Dallas Karting Complex/Sodi Racing USA driver was looking to duplicate or better his runner-up performance a year ago in Las Vegas, while also fighting for the SKUSA Pro Tour championship. After qualifying 20th, he recorded one DNF and two top-10 finishes to start 19th in the main event on SuperSunday. On a charge aboard his Sodi Kart, Pagano was fighting for a spot on the podium when contact would break his exhaust system. Classified 23rd, Pagano would come up 18 points short of the SKUSA Pro Tour title, but earn the honor of #1 TaG driver for 2013 by a slim three points.

Holding strong in second is Neri, as the Ocala Gran Prix/Tony Kart driver was among the best all season long. Neri came up about one or two positions short throughout the season. Despite the shortfall of major victories or championships, the three-time Rotax Grand Nationals champion continues to be a threat where ever he competes. Just holding onto the third in the final standings is California ProKart Challenge champion Jake Craig. The ART GP driver nearly fell out of the top-three, losing a top-10 finish from last year’s SuperNationals, and replacing it with a 14th and losing 14 points.

On his heels was US Rotax Grand Nationals and Pan-American Challenge winner Oliver Askew – the top TaG Senior rookie of 2013. It was a memorable year for the Ocala Gran Prix/Tony Kart driver, as he also submitted an amazing performance at the Rotax Grand Finals to stand on the podium in the third position in Senior Max. Capping off the top-five was Ireland’s Charlie Eastwood as the Tony Kart driver and 2012 Rotax Grand Finals champion earned the Florida Winter Tour title in addition to a runner-up at the Rotax Pan-American Challenge at NOLAMotorsportsPark.

Jumping back up into the top-10 is a former #1 driver on the standings Mason Chelootz. The Top Kart USA driver ran a limited schedule in 2013, and when we mean limited we mean missing a few races toward the end of the season after recording 33 races on the year. While he was not as dominant in WKA Manufacturers Cup Series action as the year before, he recorded his best finish at the SuperNationals with a fifth place podium run. Holding seventh is Derek Dignan, who trumped Chelootz by earning the honor of posting the most races on the season with 42. The KartSport North America driver performed well in what was his rookie season at the Senior level, and should be a threat for more wins in 2014.

Ending year tied for eighth is Andrew Zimmer and Travis Lowe. The newly crowned SKUSA Pro Tour champion had a horrendous SuperNationals but earned enough points throughout the season to maintain the top spot on in the point standings, while finishing the season eighth aboard his ART GP. Lowe jumped up eight positions thanks to his sixth place performance in Las Vegas, with the Kosmic driver ending up as vice-champion to Craig at the California ProKart Challenge. Rounding out the top-10 for 2013 is NorCal driver Austin Elliott. It was a solid sophomore season for the Top Kart USA driver, recording strong finishes throughout the year, dropping back one spot in the final standings after a tough SuperNationals.

Dropping off the top-10 at the end is WKA TaG champion Jonathan Kotyk as the Ocala Gran Prix/Tony Kart driver is finishing up recovery from a wreck in September at the GoPro Motorplex for the WKA Manufacturers Cup Series finale. He was in Vegas and told EKN he will be ready to go in 2014. Also missing from the top-10 are some prominent names, including Challenge of the Americas champion Phillip Arscott, as the Rolison Performance Group/Kosmic driver only recorded seven races on the year after spending the summer months in Germany. 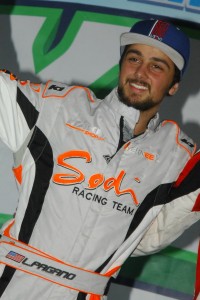 After a couple years as the young gun, Louie Pagano has elevated himself to the elite status within the TaG rankings in North America. Early in the year as a MRP Motorsport/Birel driver, Pagano came within laps of the Rotax Challenge of the Americas championship, losing to a broken chain. Heading into the SuperNationals with a shot at the SKUSA Pro Tour title, Pagano put his Dallas Karting Complex/Sodi Racing USA entry in position for the championship. This time, a broken exhaust sidelined the SoCal driver and put him 18 points short of the title. Despite the disappointment, there are only a handful of drivers that show the drive and commitment to be the best, and Pagano is at the top of that list. 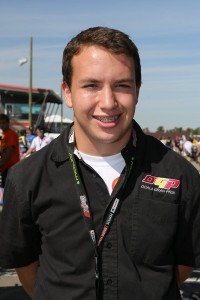 From the start of the 2013 season, until the very end, Neri has been among the best in the TaG divisions. He won in WKA competition, Florida Winter Tour, performed well at Superkarts! USA Pro Tour, stood on the podium at the US Rotax Grand Nationals and Pan-American Challenge. Neri is also earning status in the shifterkart ranks, winning the S2 Semi-Pro division at the SuperNationals in 2011 while placing runner-up this year in S1 Pro, finishing the year 37th in the EKN Stock Moto Driver Rankings. During the summer, the Ocala Gran Prix driver has competed in stock car and open wheel action. No matter what you put Neri in, he will be fast. 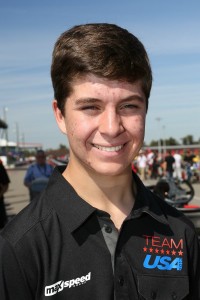 Craig is another one of the young drivers making a name for themselves in the sport. The 2011 SKUSA Pro Tour champion was impressive during his rookie season last year, and avoided the sophomore slump in 2013 by producing a number of solid results all while switching brands. The California driver scored his first win of the season at California PKC at Willow Springs aboard the Kosmic, and came back the next round to win at Adams in his ART GP debut. While not included in the EKN Driver Rankings, Craig traveled north to the Can-Am Karting Challenge and stole the Senior Max championship to earn his ticket to the Rotax Grand Finals at NOLA. Big victories are just around the corner for this young driver.