Not one of the six drivers will be rookies at the Rotax Grand Finals this year. All have experienced the glamour and glitz that is the Rotax world championship, and all six are focused on performance. All are current and former champions, ready to get down to business on earning the best finish by an American. Joey Wimsett’s fourth place in Egypt 2009 is the best, with Stepanova Nekeel and Daniel Formal finishing in the top-five the following two years. Confidence is high, as the Senior group will pilot the Sodi Kart chassis for the third straight year. Five of the six drivers currently reside inside the top-12 of the eKartingNews.com Driver Rankings. 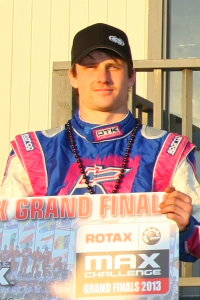 The eldest driver of the Senior roster holds the most experience of the group. Twenty-four year old Arscott is making his third appearance at the Rotax Grand Finals, with his last in 2009 a very memorable performance. The 2009 United States Rotax Grand Nationals champion came from the Second Chance Qualifier to finish an impressive seventh in the main event. The ‘Comeback Kid’ drove from 30th to 14th at the recent Pan-American Challenge event, testing out the Sodi Kart brand and learning the NOLA circuit. Earning his ticket with the Rotax Challenge of the Americas championship, Arscott will be a factor all week. 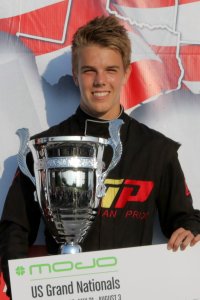 The 2013 season has been very successful for Oliver Askew following his top performance in Junior Max at last year’s Rotax Grand Finals (16th). The Senior Max rookie picked up his first major victory at the Florida Winter Tour against former US champs and current Rotax Grand Finals title winner Charlie Eastwood. Finishing fourth in the championship, he carried it over to the US Grand Nationals and dominated the main event for the victory. He backed it up with a thriller performance at the recent Pan-Am at NOLA, earning his first international Senior Max victory. If his streak continues, Askew could find himself standing on top of the podium Saturday evening with the national anthem playing in the background. 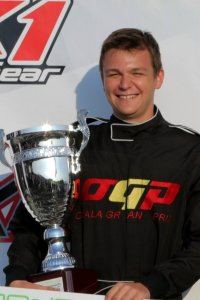 For four straight years, Sam Beasley has been a member of Team USA. And for the fourth time, the Ocala Gran Prix driver is focused on qualifying for the main event. A string of DNQ sit next to Beasley’s name from 2010-2011 for the Rotax Grand Finals, with last year making the main for the first time and placing 22nd but not satisfied with the performance. His runner-up streak did continue at the US Rotax Grand Nationals, placing second for a fourth straight year. This time, however, Beasley will do battle on US soil, where he’s always proven to be a contender and among the quickest drivers on the track. 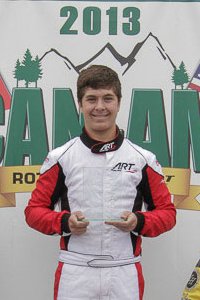 Along with Askew, Craig is making his Senior Max debut at the Rotax Grand Finals. Much like his fellow rookie, Craig was the top Team USA Junior Max driver in his first trip to the Rotax world championship, placing 23rd after running inside the top-10 for much of the event in UAE. Now, Craig is among the top TaG drivers in the country and scored his ticket to the Rotax Grand Finals, beating some former and current Team USA drivers at the Can-Am Rotax Max Challenge this summer. 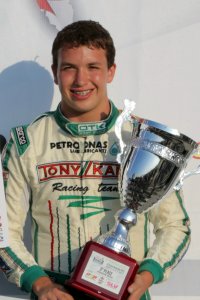 One of the most decorated drivers in United States Rotax Max Challenge history is Nick Neri. The Florida driver was the first to win three Rotax Grand Nationals titles in three different categories. His two previous RMCGF visits came as a Junior Max driver, sporting the best results for the team – 16th in Egypt and a Team USA record-tying 5th in Italy. Forgoing the trip in 2011 after his first Senior Max US title, Neri came one spot short of the ticket in 2012. The Ocala Gran Prix driver is back toward the top as the current #2 holder in the eKartingNews.com Driver Rankings, earning this year’s ticket for runner-up at the Florida Winter Tour behind last year’s RMCGF champ Charlie Eastwood, Neri is among the top contenders overall heading to NOLA. 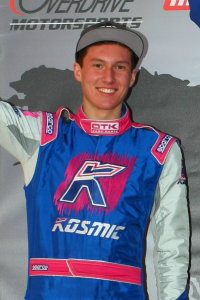 2010 US Rotax Grand Nationals Junior Max champion Andrew Palmer was the last driver to join the Team USA Senior Max roster. With Askew taking the Pan-Am ticket, and the other podium finishers from this year’s US championship in Mooresville already on the squad, Palmer’s fourth place finish awarded him a third trip to the Rotax Grand Finals. The Sophomore at Pomona College in Claremont, CA has recently made the transition to cars, competing in the Lamborghini Super Trofeo North America program. Palmer will be racing at the programs World Finals in Rome, Italy the week after the RMCGF.