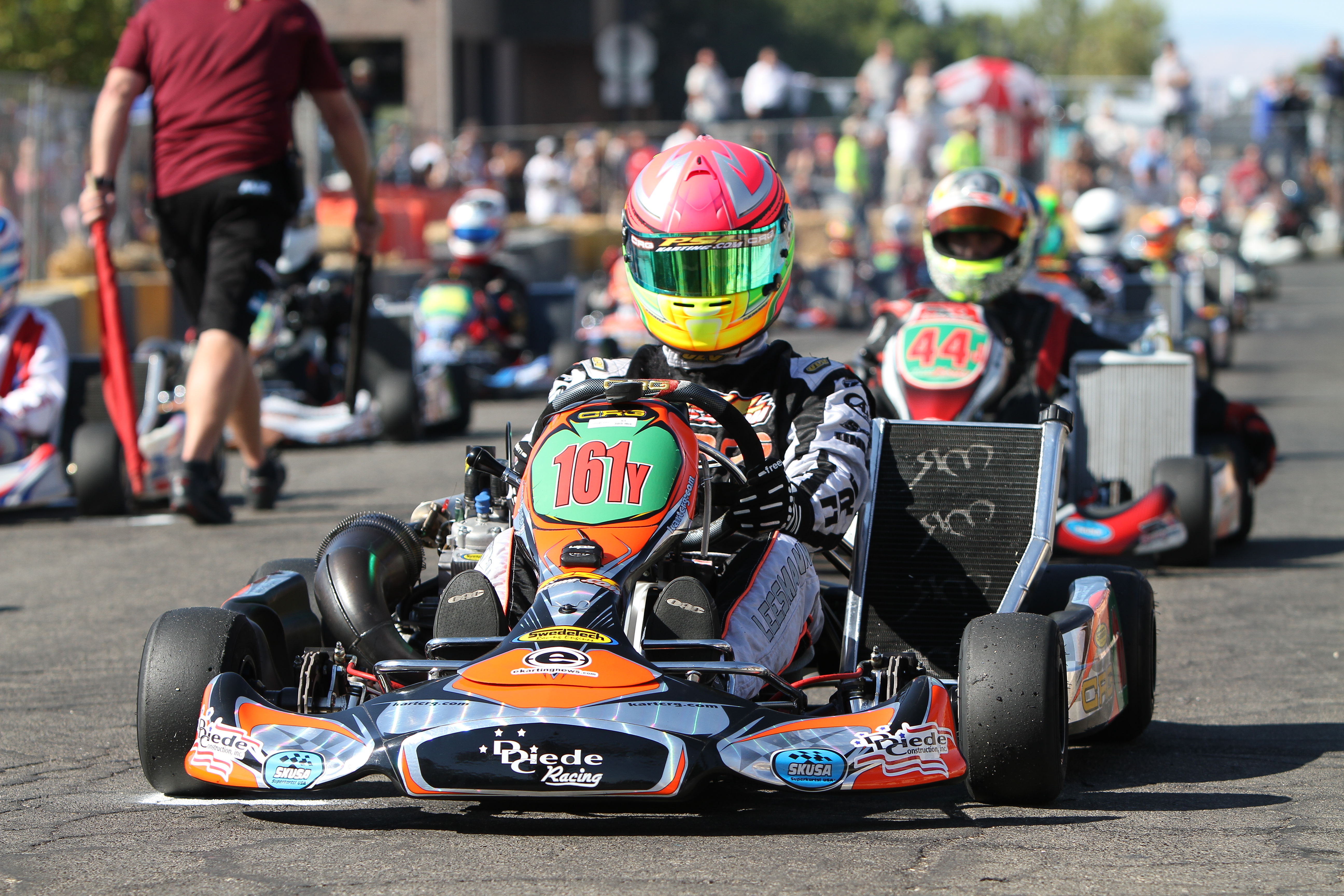 Fritz Leesmann returns as the defending champ in S1 at the SOLGP (Photo: dromophotos.com)

This weekend marks the fifth running of the Streets of Lancaster Grand Prix, held in the downtown district of the Southern California city. Roughly one hour north of downtown Los Angeles, over 100 karters from across North America will take part in what is also the final round of the California ProKart Challenge – the Superkarts! USA regional program. For a third straight year, the karting organization has promoted the September event in cooperation with the City of Lancaster to close out the regional racing season. The event is now drawing national attention, with big teams and major drivers traveling from across the continent to be part of the event.

The format is different from the regular California PKC events, as the Streets of Lancaster GP is a two-day event. Practice, qualifying and the opening heat race will be held on Saturday, with heat two and the main events scheduled for Sunday. The action in Lancaster will be hotly contested, with a number of big names in the headline category – S1 Pro Stock Moto – with 13 drivers schedule to compete. Reigning Pro Tour champion and defending SOLGP winner Fritz Leesmann (CRG) returns to add another victory to his growing resume. Veteran and longtime SKUSA racer Ron White (CRG) is making a return to the seat, competing once again in the S1 category. S1 Pro Tour rookie and defending S2 champ Sabré Cook (CRG) is in town from Colorado, using the Lancaster event as another tune-up for the SuperNationals, as is many of the competitors here this weekend. Another rookie is looking to seal the deal in his regional champion as Billy Musgrave (Tony Kart) enters the event with a lead over Jimmy McNeil (CRG) and Ryon Beachner (Tony Kart). Musgrave is not a driver to bet against on a street course either, thanks to his impressive victory in the S2 category at the SKUSA SuperNationals last November in Las Vegas.

In the other headline division – TaG Senior, 27 drivers will take to the streets of Lancaster and attempt to tame the beast. Last year, Matt Johnson (Tony Kart) secured the victory and is fresh off a win at the latest California PKC event earlier this month. Another notable name making a come back is veteran Wesley Boswell (Top Kart), making his first Streets of Lancaster GP start. Jake Craig (ART GP) enters the final round as the point leader over Travis Lowe, holding the provisional championship and is electing not to race this weekend. Craig scored three straight wins this summer will count the Lancaster round as his drop. 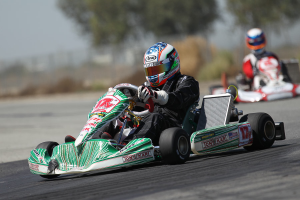 The S2 Semi-Pro division will compete in the same group as S1, making it a 30-kart field in the final group on course for the weekend. A number of top drivers from the Pro Tour are on the roster, including Arizona’s Augie Lerch (Tony Kart) who won the S2 division here last year, and Colorado’s Christian Schureman (CRG). Both are in the top six in national standings. Acceleration Kart Racing’s Joshua De Losier (CRG) as been a top runner as well, and looking for a podium finish on the streets. Texan Connor Wagner (FA Kart) has the championship locked up, using the event as his drop race, and thus has elected to miss to save the mojo for the SuperNationals. Second in points Robert Marks (CRG) will look to close out the position, while also doing double duty in the 16-driver field of S4 Master Stock Moto. He will try to stop the streak of California PKC point leader Willy Musgrave (Tony Kart), who has nearly locked up the championship. Last year’s second and third place finishers – PP Mastro (Tony Kart) and Jim Kidd (Italkart) will be back for more hardware. Pro Tour racers Curtis Cooksey (CRG), Nick Firestone (Tony Kart) and Mike Mantel (Tony Kart) are among the top contenders on the weekend.

The TaG Master division will see 12 drivers do battle, as returning event champion Ethan Wilson (FA Kart) looks to repeat as the winner. His dramatic celebration last year won the crowd over, and is sure to be a fan favorite on the weekend. California PKC provisional champion Billy Cleavelin (CRG) was among the contenders last year, and leads a strong field of potential winners, including the return of FTK’s Andy Seesemann (Arrow) to the event.

TaG Junior is at an astonishing 24-driver count with many of the same names as last year returning. Nearby Palmdale’s Brendan Baker (ART GP) took the win last year, and is in search of a win to put him back at the top of the California PKC point standings. Last year’s SOLGP runner-up – Carter Williams (FA Kart) – is the current point leader as he and are separated by just 93 points. One name to watch is New York’s Anthony Gangi Jr. (Tony Kart), who came to the last CPKC race and stole the show. TaG Cadet is at 24 entries, doubling last year’s numbers, and is sure to be a great show once more. Hunter Kelly (Tecno Kart) used the victory at the Streets of Lancaster as momentum into the SuperNationals, where he claimed the Pro Tour championship. He’s back for another spark in his season, as a number of drivers who contested last year’s race. Ryan Schartau (Top Kart) leads Jagger Jones (Tony Kart) and Trenton Sparks (FA Kart) in the standings. Of the three, only Jones competed in last year’s race so he may have the slight advantage on the weekend.

eKartingNews.com will be providing the ‘Trackside Live’ coverage throughout the weekend. The two-day event will feature live audio play-by-play from EKN’s own Rob Howden, giving those at home a chance to feel like they are at the event. From qualifying Saturday afternoon to the main events on Sunday, those not in Lancaster can listen in at ekartingnews.com/live all weekend long and follow updates as it happens in the Official Discussion Thread.